Listen to the text and write T fo True, F for False.

This restaurant does actually exist.______

The owner of the restaurant was very angry with the director.______

In the film in the restaurant everything goes right. ______

Jane was afraid that people will stop coming.______

II. Fill in articles, where is necessary.

How many bridges were there in … London at …beginning of … 11th century?

Did you travel to …North?

We had …wonderful time in … Windsor Safary Park?

Where is … Red Square?

III. Choose the right option and fill in the gaps.

1. You shouldn’t be rude to people who are trying to help you. … advice if you don’t like it, but behave yourself. 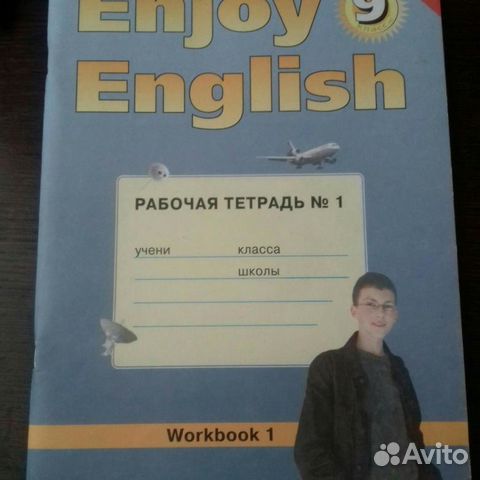 Nobody except us knew about the plan. It means that the person who …us is here in this room.

3. I envy her because she is so good at languages. She … Italian for only a year and can already speak it perfectly.

4. When the fire began, I found out that the door was locked. It was my roommate who … me from the fire.

5. Wherever we live and … language we speak we all need friends.

IV. Read the words and find their definitions.

3) to appreciate c) to be grateful for something

4) to betray d) someone who is boring

5) to deserve e) to have a bad feeling towards somebody

6) to envy f)someone who talks too much

7) incredible g) to earn something by actions 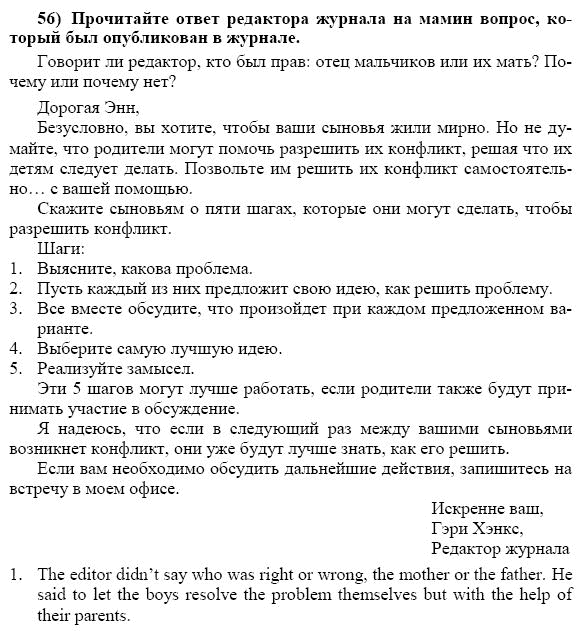 A) sat; was coming B) was sitting; came

A) had been keeping B) had kept

A) is being cleaned B) is cleaned

A) hasn’t been mentioned B) wasn’t mentioned

A) has found B) has been found

A) is there B) isn’t there C) does there

I went to the cinema last week and laughed all the way through the new film “Waiter!” which is set  in a restaurant. 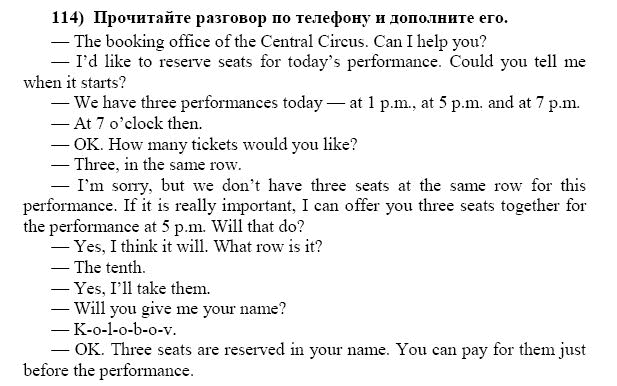 The American actor Tom Waters plays the worst cook the world has ever seen and he employs one of the worst waiters, played by Joe Vermont.

The London restaurant where the filming took place does actually exist.(существует) Jane Connors, the owner, runs a successful business and, although she thinks “Waiter!” is a good film, she is very annoyed with the director. When she agreed to the filming, she wasn’t told that the film is about a restaurant where everything goes wrong and the food is disgusting.(отвратительная) Although the film might make Jane’s restaurant famous if it is a success, she is afraid that people will stop coming because they will think that the food and service is terrible-like it is in the film. Jane is worried she will lose business and may even have to close and start again with a new restaurant.

Having seen the film, I agree that she has a problem. The film company paid her a very small fee (гонорар) and she has since asked for more. The best solution though is for her to contact the newspapers. 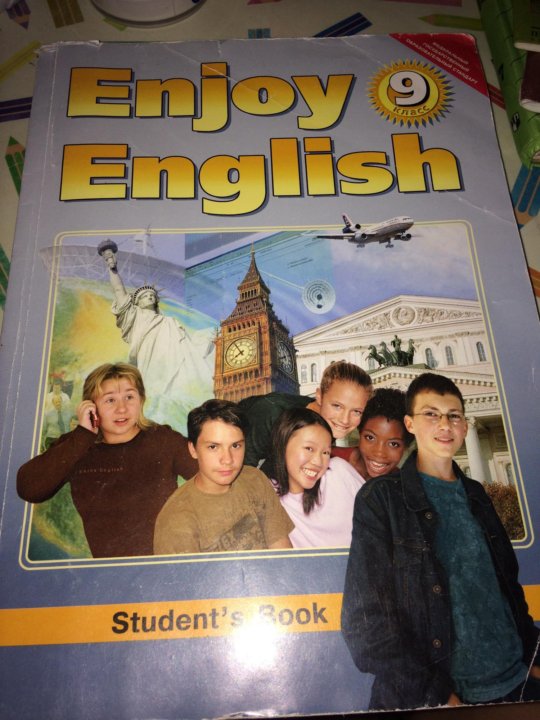 I am sure they will be interested in her story and it will actually help her business in the end.

It wasn’t easy for Ben, a pilot of forty-three, to find a flying job. 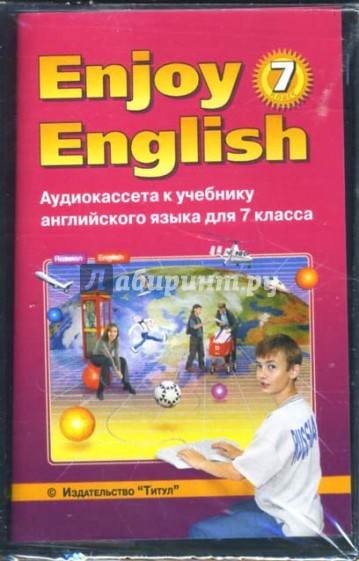 That’s why it was a stroke of luck when he was offered a job by the Commercial Television Stock Company. They paid a thousand dollars for every five hundred feet of shark film. Ben used a light plane to get to a little desert island in the Red Sea where the water along the coast was always filled with good-sized sharks.
Ben took his ten-year-old son Davy with him. He was a shy quiet boy who had never been particularly loved by his parents.
While filming the sharks, Ben was attacked by a huge tiger shark. He was lucky to get out of the water, but his body was a bleeding mess. He couldn’t feel his arms or his feet. He had lost a lot of blood and was in and out of consciousness. The boy had to either fly the plane or die from thirst and the hot sun on the island where nobody would ever find them.
Only once had Ben shown the boy how to fly a plane. He also explained that it was the last inch above the ground that mattered if the plane was going to crash while landing or not. 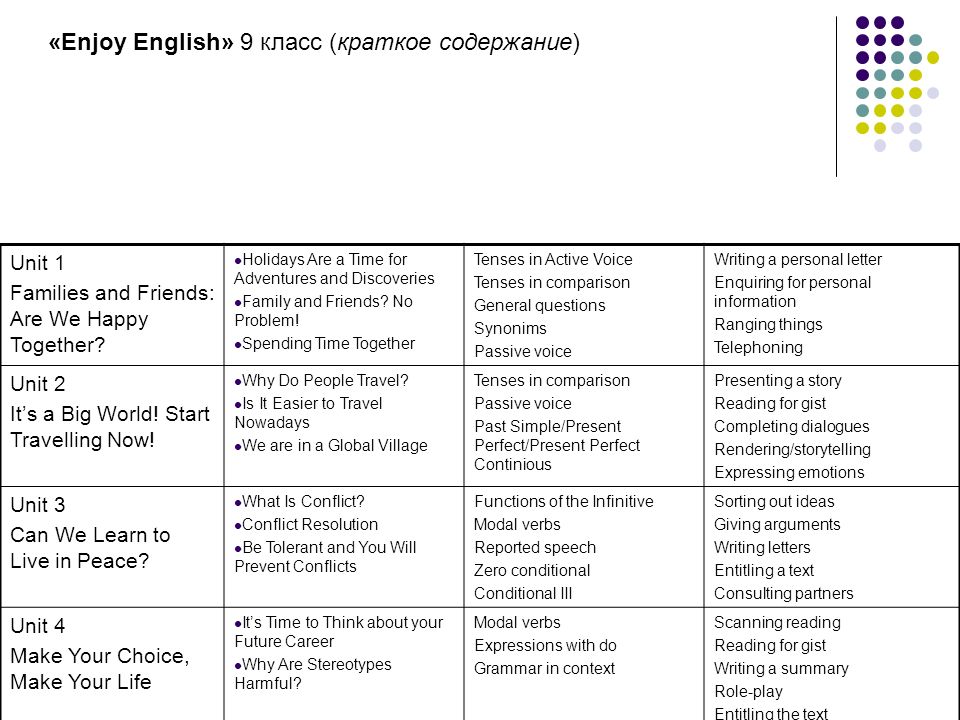 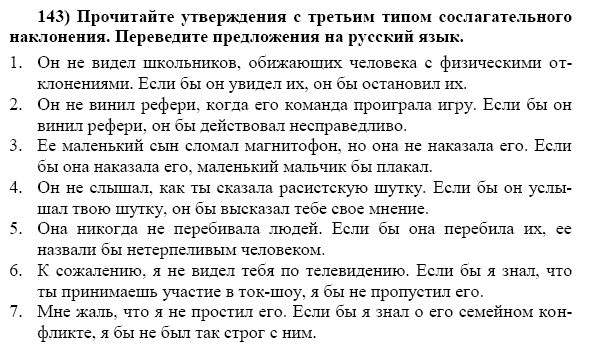 What finally awoke Ben was the engine coughing.
«Please wake up!» shouted Davy. «What’s the matter?»
«Push the lever forward,» whispered Ben.
Davy couldn’t have known about the lever and now Ben wasn’t able to point to it. But the boy saw the direction of his father’s eyes in time and the engine took up again.
«What direction do I take?» Davy cried again. «You’re not telling me how to get the right direction.»
«Follow the coast. Keep it on your right. And for God’s sake, don’t do anything else. It’ll be all right, Davy…» Ben could see the sharp profile of Davy’s pale face with his dark eyes. The boy had remembered how to level off and to keep the speed. «He’ll do it,» Ben whispered to himself and then fainted again.
At three thousand feet, on his own, Davy did not think he could ever cry again. 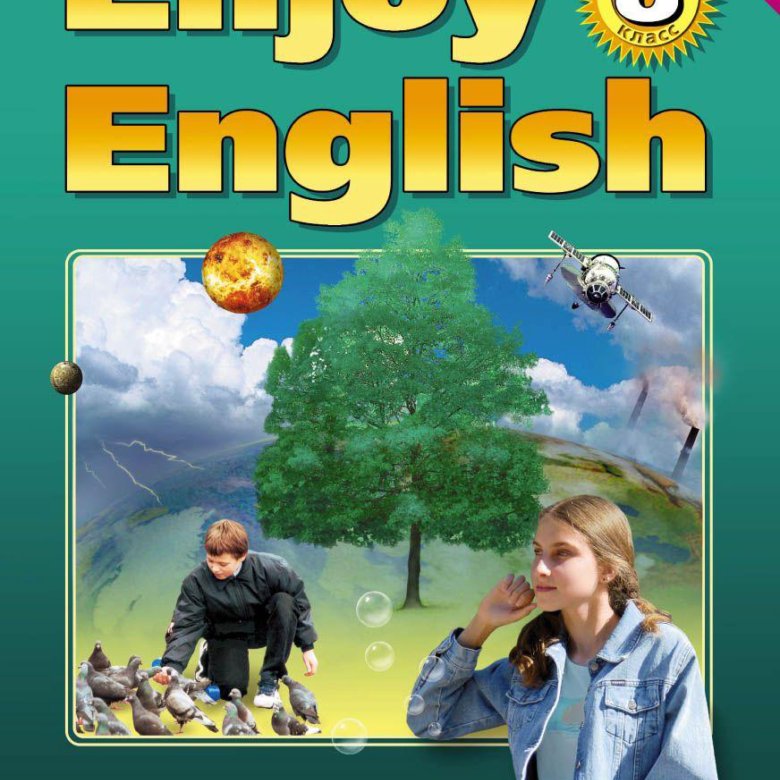 He had run out of tears. He had boasted only once in his ten years of life that his father was a pilot. He had remembered everything his father had told him about flying, but he had guessed a lot more that his father had not told him. Now Davy couldn’t even look at his father because he was horribly covered in blood. He didn’t want his father to die, but he knew that it was now a possibility. People did die.
The tears that Davy thought had dried up in him were now in his dark eyes, and he felt them running down his cheeks.
Ben felt a sharp pain and opened his eyes. «Davy! What’s happened? What are you doing!» he managed to shout.
«We are almost there. I can see the buildings of Cairo,» Davy said. «But the plane doesn’t want to go down.»
«Cut your engine. …»
«I did, but it doesn’t seem to make a difference.»
«Use the tail lever,» Ben said, and the plane put its nose down into a dive.
«Cut your engine!» Ben shouted again. He knew that getting a plane off the ground and flying it was easy but getting it down was another thing. 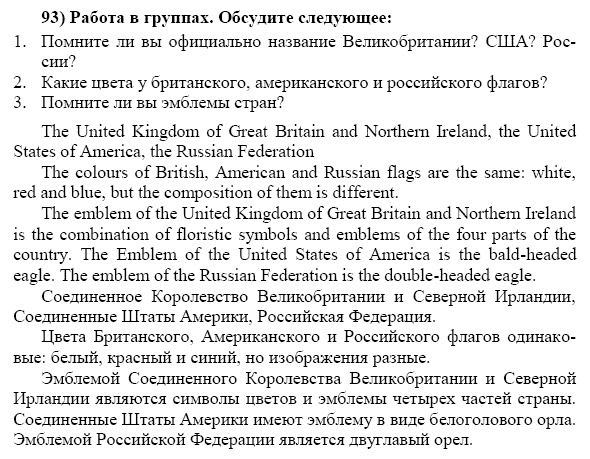 The wind was blowing them back up. They lost air speed now because the nose was up. If the engine stopped at this height in this wind, they’d crash into a thousand pieces. …
They were approaching the airfield and the dust was like a yellow sea over the land. But then Ben saw the plane. «Look out! You’ll hit that plane,» Ben yelled.
Ben could see a big four-engined plane that was taking off. If it was only taking off and not testing its motors, they’d be all right. Ben closed his eyes and when he opened them again, the big plane was directly in their path but moving so quickly that they were going to miss it.
Now the yellow dust was just below them. «Six inches,» Ben cried to Davy painfully. «Six inches, Davy… Wait! Not yet! Not yet…!» he cried.
It was when they reached the last inch from the ground that Ben lost his nerve at last. He was trying to shout, «Now! Now! NOW!» but fainted again. He hardly felt it when the plane’s wheels hit the ground. When the plane’s tail finally touched down, Ben knew it was the last inch of it. The plane moved uncontrollably for a while and when at last it stopped dead, he heard only silence and thought that it wasn’t time to give in yet. 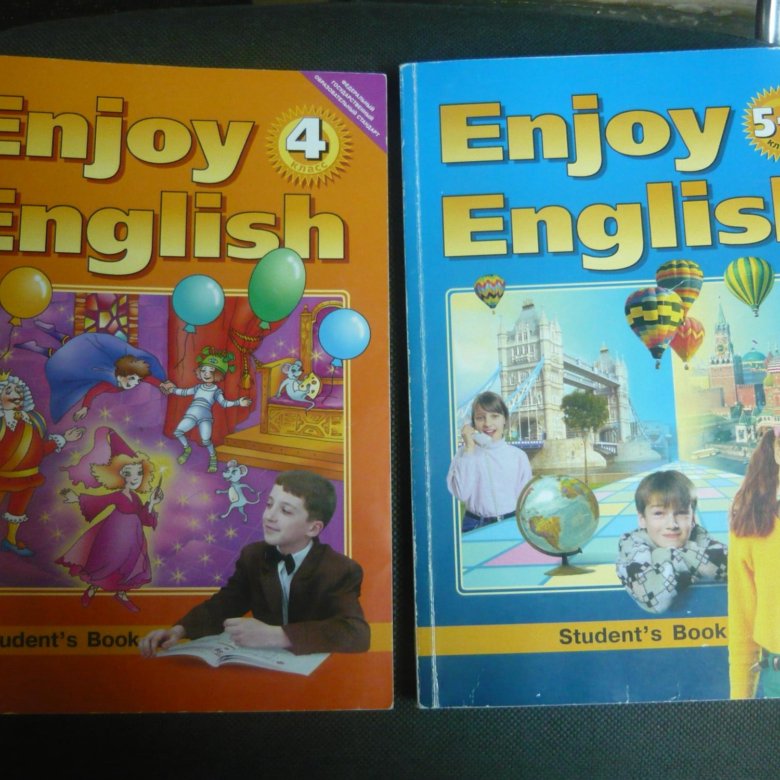 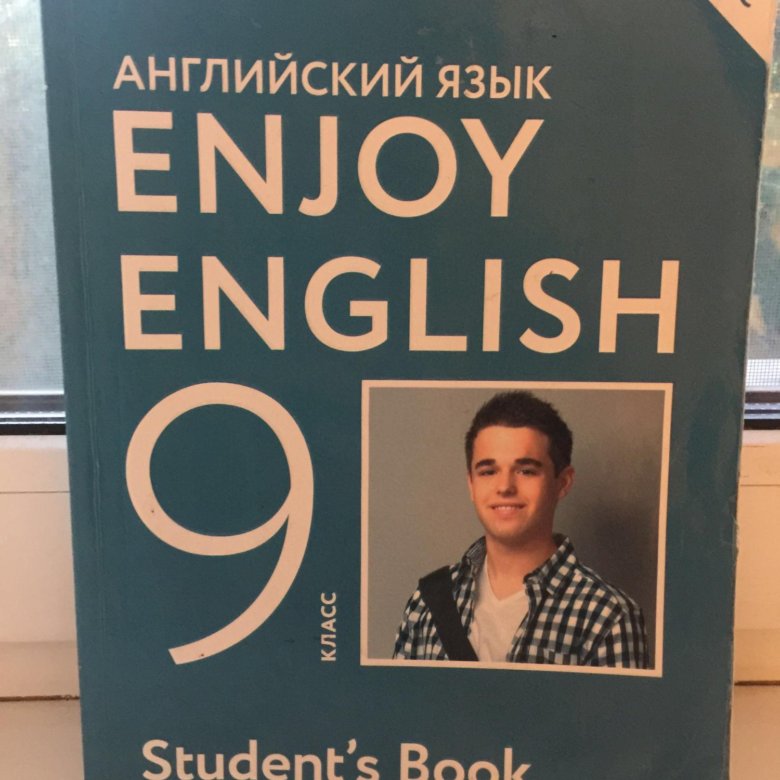 1. When Davy managed to take the plane off the ground, — Когда Дэви удалось принять самолет от земли,
a) he felt panic because he thought that his father was angry with him. – он запаниковал, потому что он думал, что его отец был зол на него.
b) he felt panic because something was wrong with the engine and he didn’t know what direction to take. – он запаниковал, потому что с двигателем было что-то не так и он не знал куда лететь.
c) he felt happy because his father was pleased with him. — он чувствовал себя счастливым, потому что его отец был доволен им.

2. Davy was able to fly the plane – Дэви смог управлять самолетом
a) because he remembered everything his father had told him about it. — потому что он вспомнил все, что его отец рассказывал ему об этом.
b) because his father helped him all the time. 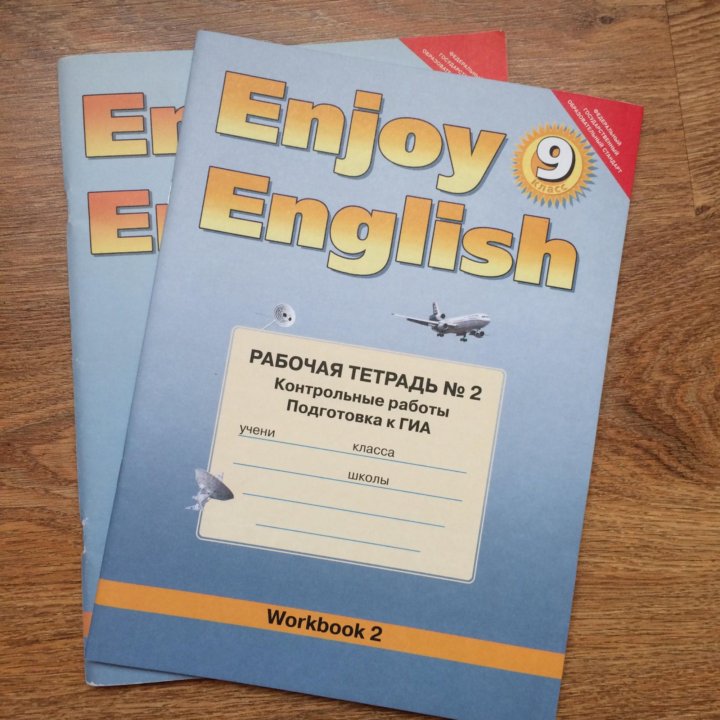 3. The most dangerous stage of the flight was the landing – Самым опасным этапом полета была посадка
a) because it was stormy at the Cairo airport. — потому что в аэропорту Каира был шторм.
b) because getting a plane off the ground and flying it is easier than getting it back down. — потому что поднять самолет с земли и лететь было легче, чем посадить его обратно.
c) because Davy felt tired and thirsty. — потому что Дэви чувствовал усталость и хотел пить. 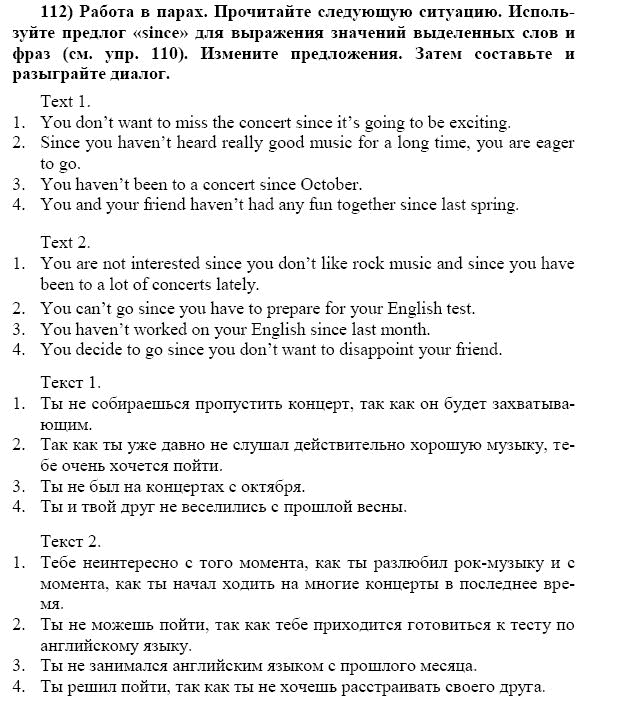 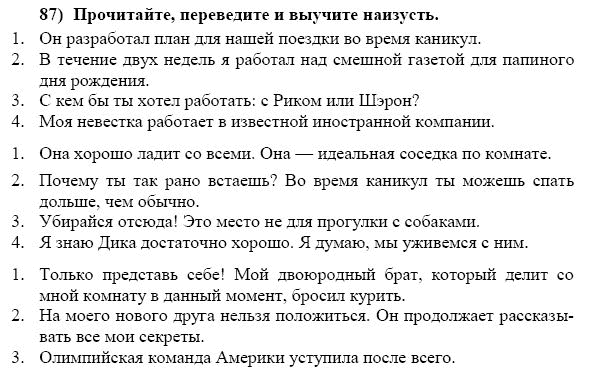 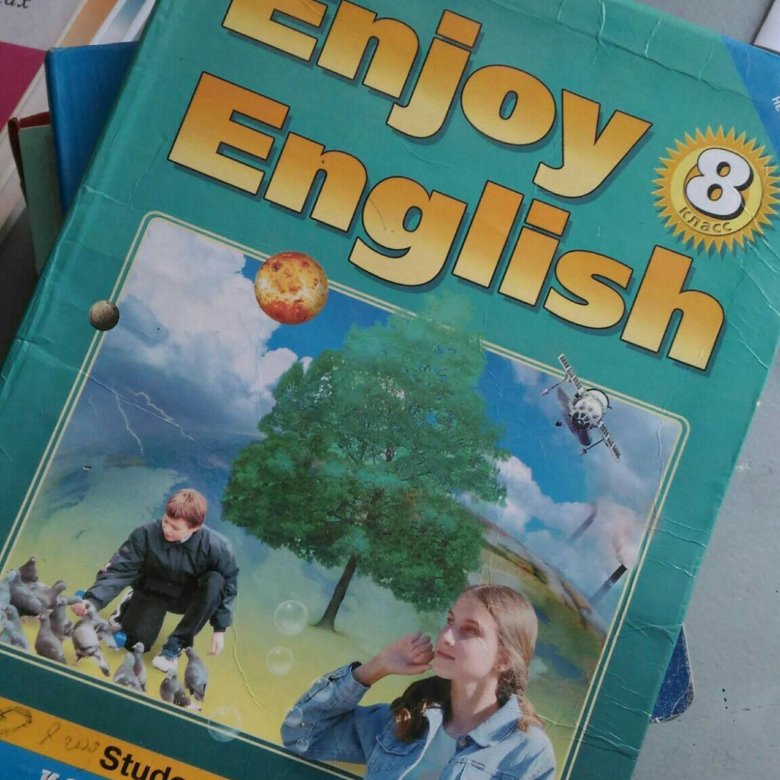 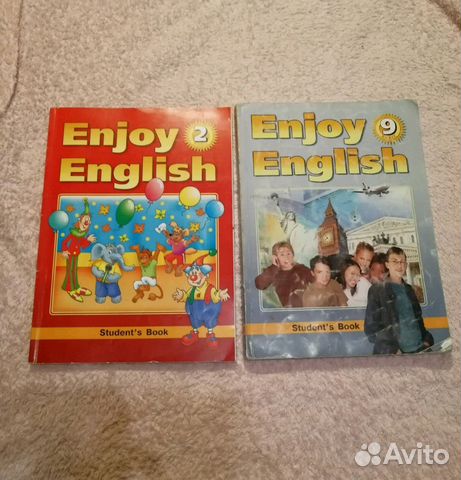 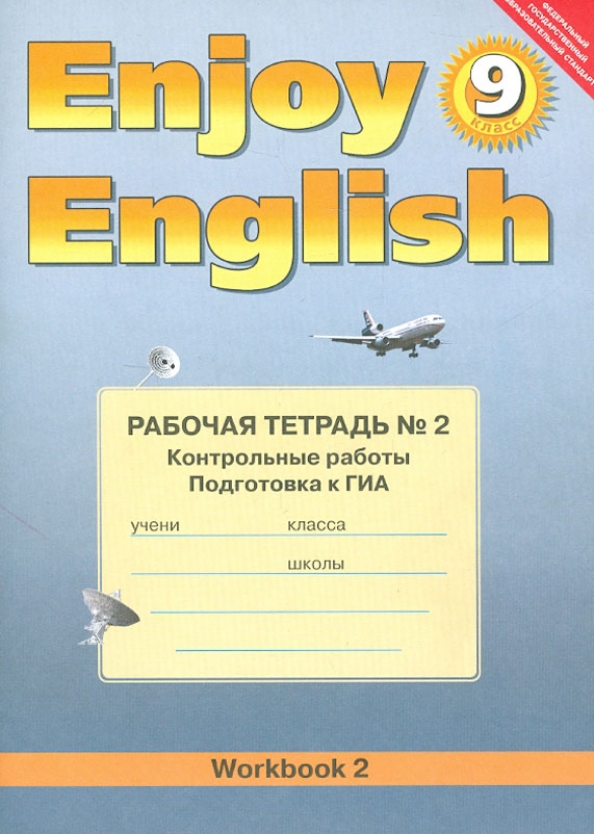 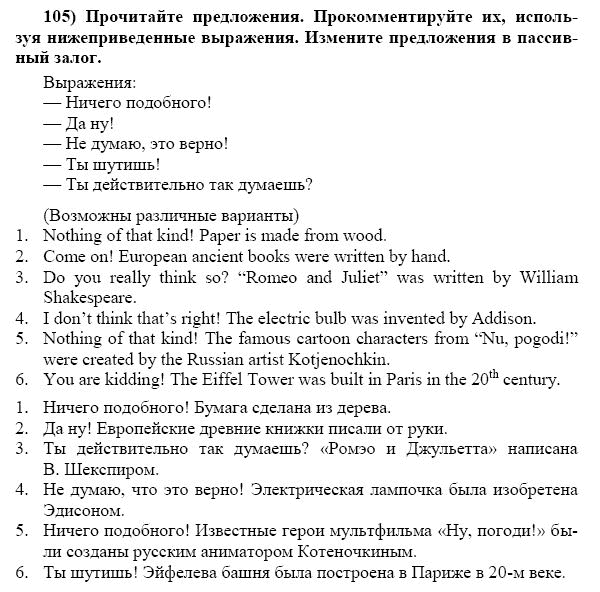 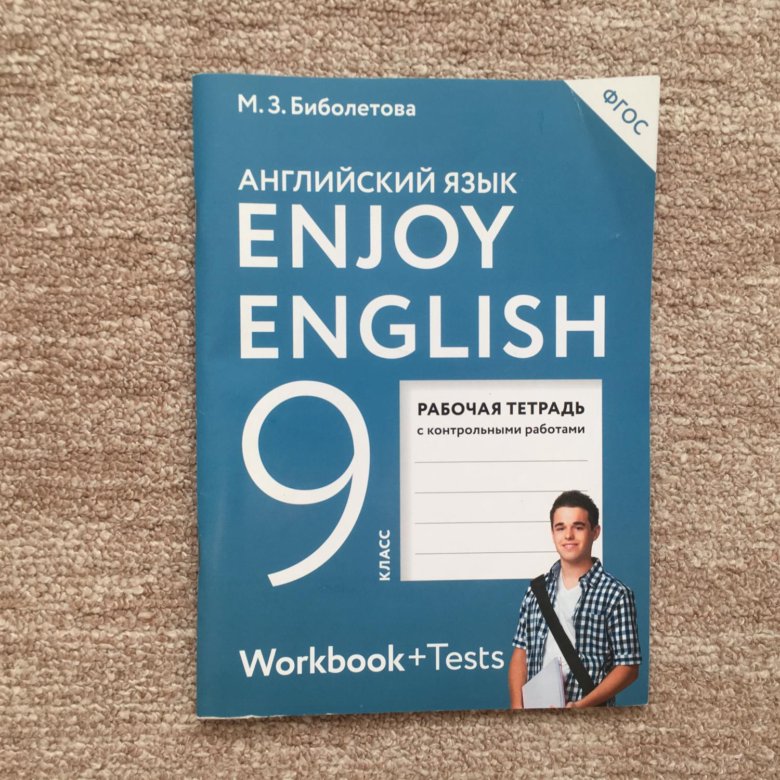 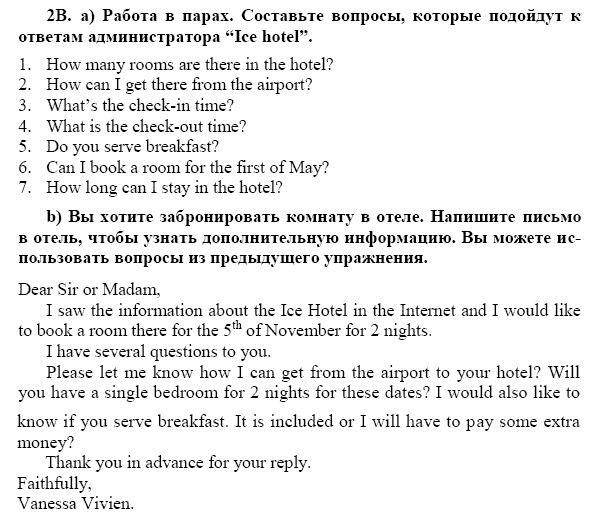 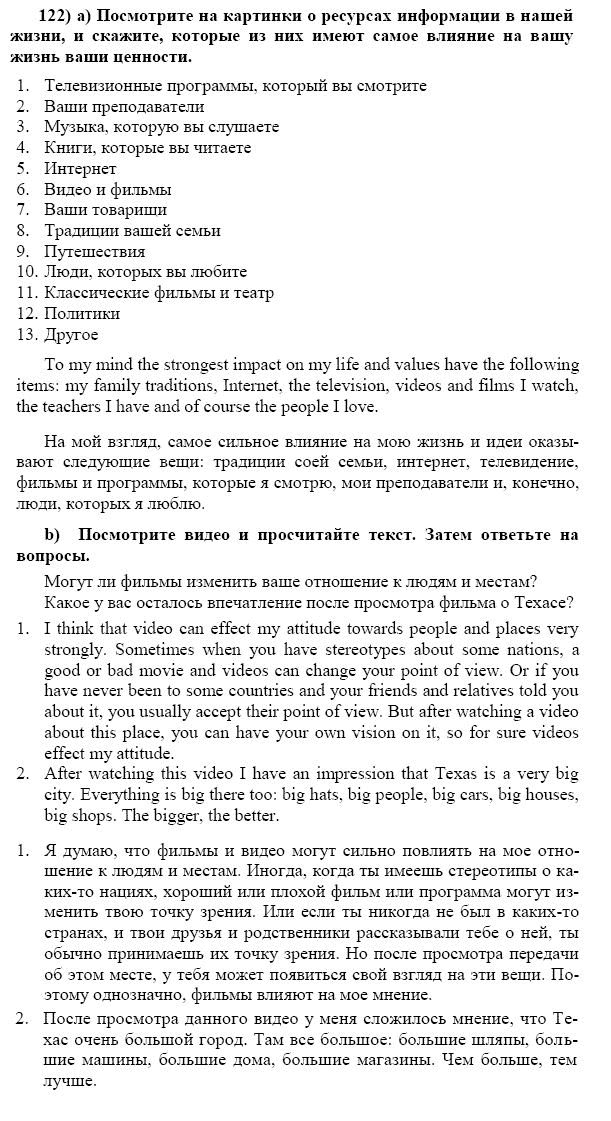